Sertraline is the active ingredient in Zoloft

Sertraline has been shown in clinical practice to be effective in helping men delay orgasm and ejaculation. 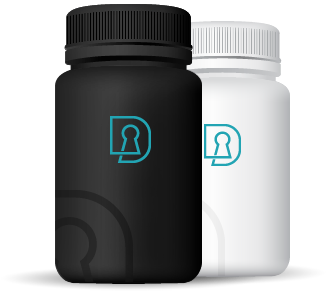 How does Sertraline work?

Presently, there aren’t any medications specifically approved by the FDA to treat PE.

However, SSRIs like Sertraline have been shown in clinical practice to be effective in helping men delay orgasm and ejaculation.

SSRIs are prescription medication, meaning you’ll need to speak with a physician about this PE treatment method.   Physicians are generally permitted to prescribe a drug for an “off label” or “unapproved” use when they determine it is medically appropriate for their patient.

The most common side effects in men treated with Sertraline include:

WARNING: SUICIDALITY AND ANTIDEPRESSANT DRUGS Sertraline and other antidepressant medicines may increase suicidal thoughts or actions, especially in some people 24 years of age and younger within the first few months of treatment or when the dose is changed. Watch for these changes and call your doctor right away if you notice new or sudden changes in mood, behavior, actions, thoughts, or feelings, especially if severe. Pay particular attention to such changes when Sertraline is started or when the dose is changed.

Do not take Sertraline if you:

Call a doctor right away if you or a person you know who is taking Sertraline has any of the following symptoms, especially if they are new, worse, or worry you:

Before taking Sertraline, tell your doctor and pharmacist about all prescription and over-the-counter medications and supplements you take or plan to take including; those to treat migraines, psychiatric disorders (including other antidepressants or amphetamines) to avoid a potentially life-threatening condition called Serotonin Syndrome; aspirin, other NSAID pain relievers, or other blood thinners because they may increase the risk of bleeding.

Tell your doctor immediately if you:

Some people are at risk for visual problems such as eye pain, changes in vision, or swelling or redness around the eye. You may want to undergo an eye examination to see if you are at risk and get preventative treatment if you are.

Sertraline can cause sleepiness or may affect your ability to make decisions, think clearly, or react quickly. You should not drive, operate heavy machinery, or do other dangerous activities until you know how Sertraline affects you.

Drinking alcohol while taking Sertraline is not recommended.

The most common side effects in adults treated with Sertraline include:

These are not all the possible side effects of Sertraline.

Tell your doctor if you have any side effect that bothers you or doesn’t go away.